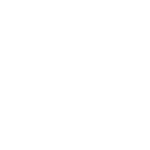 The first ever South African game on a Nintendo platform.

Semblance asks, what if you could deform and reshape the world itself? It’s a game that takes the idea of a ‘platform’ in a platformer and turns it on it’s head.

NF Magazine
Read More
"I bless the games down in Africa"
Digitally Downloaded
Read More
"Between that design creativity and the sheer stylistic beauty of it, Semblance is a game that'll stick in my mind for a long time."
Venture Beatby: Stephanie Chan
Read More
"it’s worth dying a few dozen times to experience"
Destructoid
Read More
"Semblance still manages to stand out"
Previous
Next